I recently had the joy of interviewing my personal friend – Connor Lockett of Outback music – an award-winning indie composer specialising in experimental sounds and an abundance of creative concepts. On top of that, he was recently hand-selected by Hans Zimmer himself for an award with Indi.com, and things are certainly looking up for him!

Perhaps I’m a tad biased, but Outback houses some of the most pleasant music to write to. With an orchestral backing and dulcet piano pieces, it’s a sure-fire way to make me feel like a heroine as I write. 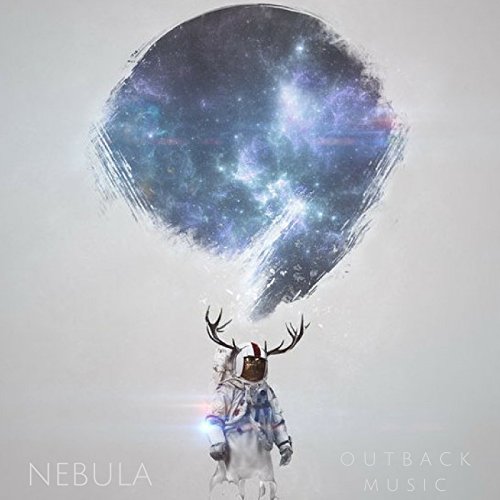 You recently won an award on Indi.com – what was that like?

It was phenomenal. Not many get to say that their track was listened to by a panel of some of the world’s most notable composers. I entered my track, which was a VIP of the Nebula track, Seraph, thinking nothing would come of it, but two weeks later, I saw my track earning substantial support; this led the piece to be awarded. Although this is a large-scale award with some of the biggest names linked to it, I want to treat it as if it has rekindled my fire and made me want to keep going.

Tell me about your album writing process?

Long-time fans have hopefully already caught on to this – every release I distribute has a story, being it Nebula’s focus on making the listener feel like a hero or explorer, Odyssey’s story of a girl who escapes a dangerous cult, or my latest release, Plague, which is a historical story about plague doctors, who they were, and what they did. Once a story is set in stone, assets are gathered, I contact anyone whose talent would aid in portraying the story, and then production begins.

The way I find inspiration is peculiar to some. If I’m looking for a certain sound or I’m lacking motivation for a piece, I use still images. I will search the internet, art galleries, and even photo albums. From that one image, I can begin to produce a story with sound.

When did you decide that you wanted to make music? How long have you been making music?

I was about six years of age and my grandpa gave me a silver engraved harmonica as a gift. I fondly remember spending days on end practicing – that was my first taste of music. From there I went to school and began to learn piano. That was the beginning of what would become Outback Music. I began as any young producer would, making EDM and House music. From there onwards I discovered a genre called IDM so began producing in that style. IDM was the key influence for my sound design pieces you hear today. As I’ve grown, I feel like my sound has matured.

To date, you have several releases, leading to getting verified on Spotify. How did this make you feel? Do you find yourself growing more determined?

Who would have thought that a small blue tick would help an artist stand out? Being verified was a small achievement but every bit of exposure towards my art makes me grateful that people are listening to my work. Every time I get praised allows me to grow even more and reach out to a wider audience. My determination is at an all-time high to make better music and sounds.

Who are your ultimate musical influences?

My biggest and ultimate influence is Yoann Lemoine, or better known as Woodkid. His work is visually stunning and his orchestral sound is extremely experimental which makes it all the better. I gain massive amounts of inspiration from his work. I also idolise Hans Zimmer. My favourite track is Time by Hans Zimmer.

As personally picked out by Lockett, Stargazers was created to inspire people and make them feel like heroes of their own world!

Sharna // 23 // UK In the case of never having met me, here's the short version - I'm a tea sipping, book reading, video game enthusiastic, ever-changing haired, cat mum, girlfriend to the most wonderful poet I've ever met -- and quite the dabbler with words myself. View all posts by sharna